Menu
Animism, Dowsing, Geobiology and Sound.
/ Breaking down my subjective perception of my environment.
2016-2018

It was a research into the processes for finding subtle auditory frequencies that are concentrated within living beings (humans, animals, plants, minerals). With the found data the artist creates aural experiences through sound compositions, which are ultimately presented as sound installations or live acts. In the present day, there exists various different technological processes to interpret the signals of frequencies emitted by live beings, by means of its energy. In my work I adopt ancient methods that are understood as hidden sciences - specifically dowsing - a technique that will perhaps always have its critics. I was introduced to the process by witnessing its efficiency in finding water deposits with clear precision, regarding orientation, depth and quantities of contained water.
Dowsing works by making subtle contact between hands/fingers and pendulums, copper rods, or bifurcated branches. The responses of subtle movements or impulses are binary, so can be interpreted as a "yes" or "no”. It is therefore possible to arrive at accurate approximations about what is sought - in this case the values of internal frequencies in living beings - and for this I managed to establish a method of questions, protocols and a board that simplifies the search procedure. Finding the data generates frequency sounds from software that creates sine waves. The characteristics of these values are usually severe tones, between 70hz and 220hz, which stimulate body mass, but it is also possible to obtain higher values from 380hz to figures above 20,000hz, which continue to rise to higher data, which are possible to reproduce technologically but imperceptible to the human ear - despite this the vibrations can still be felt.
Each individual person or plant contains a group of different frequencies, comparable to what is understood in music as a chorus of microtonal voices.

So besides being unique values in each being, the combination of tones completes that hallmark with rhythms, pulses or different sensations. These microtonal choruses, with their impulses and wave behaviours, become the raw material for compositions of experimental electronic music.

I randomly had the idea of recording these frequencies on vinyl records. A serendipity happened, some sound waves visualize very interesting geometrical patterns on the surface of the records.
This led the research to the development of my recent project Cymatic Fabric. 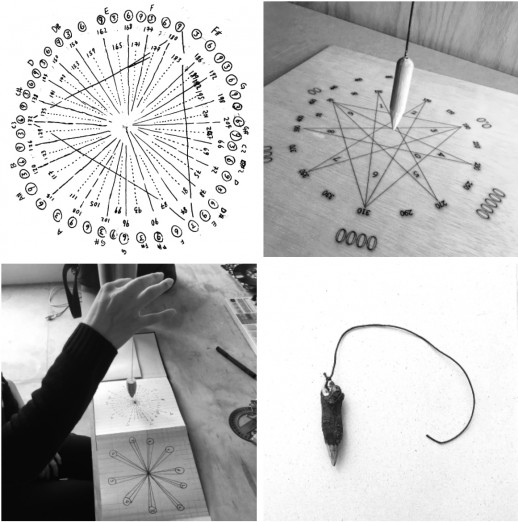 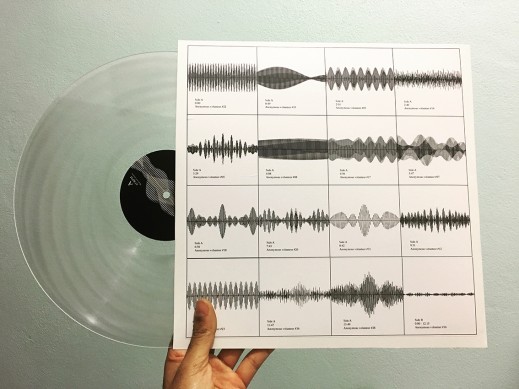 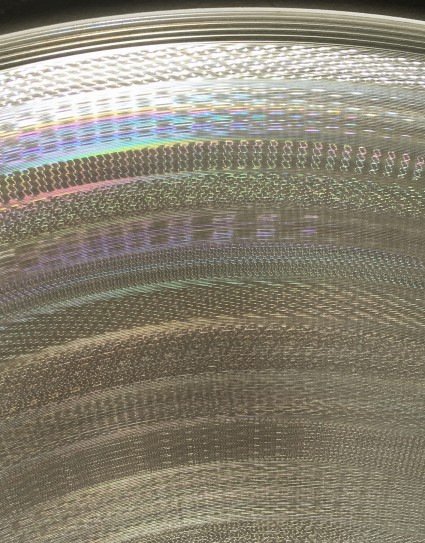 During the months of June to September of 2017 in the city of Bogotá Colombia the artist Daniel Lara Ballesteros called individually about 40 people to conduct interviews as a series of tests to find specific reactions of resonance for sympathy and each individual. The sounds presented in this recording are the result of the interviews where each participant learned and applied the technique of dowsing to identify the cycles per second that make up the internal vibrations of his body. The values and combinations of cycles per second found in each individual have been interpreted by digital oscillators that reproduce and amplify their sound at levels that are perceptible to the human ear and provokes in the listeners diverse stimuli of sympathetic resonance